Christmas Day in the Desert 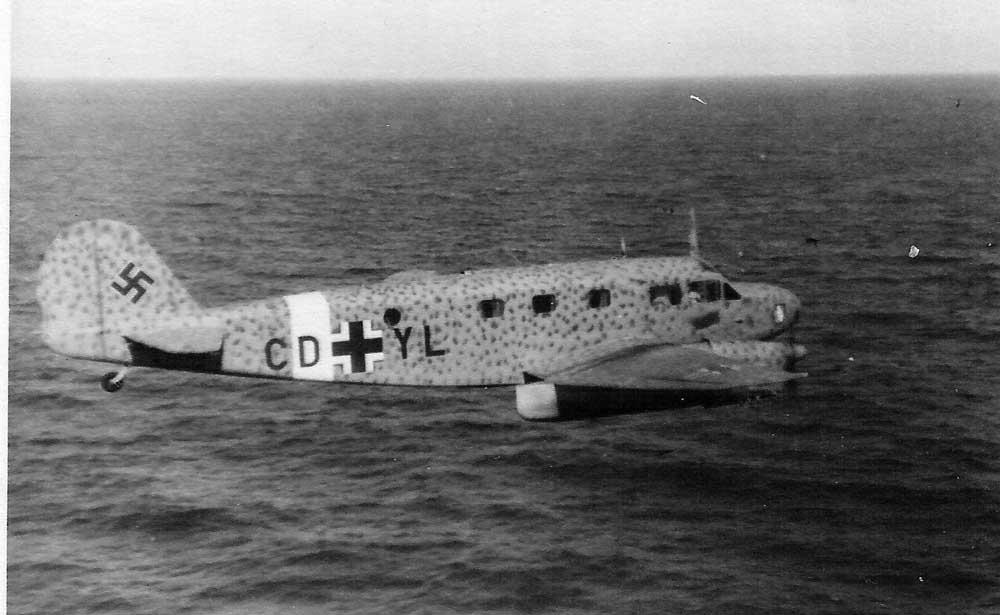 A German signal intercepted by the British in the lead-up to the Christmas of 1941. This shows that the Bletchley Park personnel had a sense of humour, and that the Germans didn’t just use the Enigma machine for vital signals!

In the lead-up to Christmas 1941 the Luftwaffe personnel in North Africa faced a new challenge – how to celebrate the holy day when based in the middle of the desert. One dive-bomber Gruppe helped ensure that the Africa-based units would be ready for the big day, by having a planeload of Christmas trees flown in from Italy! The aircraft chosen to transport the vital cargo was a captured Caudron 445 liaison aircraft from the I. Gruppe of Sturzkampfgeschwader 1.

We know this because not only did the British personnel at Bletchley Park intercept and decode a German signal about this matter, they even gave it a special section in the ‘Main Series of Signals’, titled ‘Christmas Day in the Desert’, and cheerily introduced the signal as follows: “G.A.F. Supply Station Naples sent the following encouraging wire to Luftgaustab Afrika”.

Caudron 445 CD + YO used by I./StG 1 in North Africa in 1941, and responsible for transporting 300 Christmas trees across the Mediterranean. This photograph appeared for sale on eBay several years ago. Note the unit emblem on the nose.

The Caudron 445 was a French aircraft, of which many captured examples were used by the Germans during the Second World War. They were particularly useful in the Mediterranean region in late 1941 (see our Wüstennotstaffel article for details on one operator). The aircraft used as a Christmas tree transport bore the unit emblem of the I. Gruppe of Sturzkampfgeschwader 1, a cartoon diving raven. The letters ‘CD + YO’ in the ULTRA signal refer to the aircraft’s fuselage code, which was also its factory code, or Stammkennzeichen. The aircraft was Werknummer 490, and later served with the IV. Gruppe of Lehrgeschwader 1, before it was lost on 24 June 1943 in the destructive Allied bombing raid on Saloniki-Sedes airfield.

But more important than any of those details, it was the aircraft responsible for bringing a little Christmas cheer to the desert in 1941.

And on that note, Merry Christmas to all from the Air War Publications team!